The following is the draft text of Marion Sendker‘s interview with me on the culture of swearing in Turkey. To read the full interview, which is published in WELT in German on January 8, 2022, click here.

Why does it seem that swearing is so common and popular in the Turkish language and how important is it really in daily life? Is it some kind of “life style?”

Swearing in particular and slang in general are among the central components of any language. Being living and constantly changing structures, languages nonetheless fall far behind the rapid changes in swearing and slang. Each generation comes to the public space with their own vocabulary of swearing. In Turkish, they occupy such a central position that it is impossible to understand and analyze the Turkish culture without grasping this long-standing and ever-changing tradition. Even though it has still been an uncharted territory as a research subject in social sciences in Turkey, there is much controversy regarding the political, sociological, and cultural meanings of swearing and slang.

First and foremost, I would like to emphasize that swearing and slang essentially belong to lower classes. In fact, they are the coins of daily life in Turkey, which, if properly used, demonstrate the authenticity of the related person. In other words, lower-class people prefer rude but open and sincere phrases to polite but obscure and dubious ones. The logic is simple: When life is rude, one cannot become polite. In this sense, swearing is anti-elitist. In the philosophy of the street, one could only prove one’s worth by swearing. One who cannot swear properly is described with pejorative phrases such as “süt çoçuğu” (mother’s child) or “iyi aile çocuğu” (child of a good family).

In this sense, knowing how to swear prove that one knows “life,” the merciless and harsh life of the street. It proves that one comes from a “bad family,” that is, one is tough. Therefore, swearing and slang constitute one of the main components of socialization in Turkey. Fathers from lower classes teach swearing to their sons, immediately after they learn to say a few words, who then entertain the guests by swearing in the presence of a proud father. In the school or the street, children develop their skills in swearing as a mark of their entrance to adulthood. When one moves into the lower depths of social structure, the usage of swearing and slang becomes denser and more complicated. Turkish mafia figures are infamous in coming up with innovative usages of swearing when addressing to their enemies via social media tools. Among prisoners, soldiers, students living in boarding schools, or even fishermen, a particular type of swearing and slang is developed as a secret and coded language, which, by demarcating the borders of the related group, creates an intragroup solidarity and hierarchy.

Are Turkish insults and swear words really against women or is it not about women at all, even if you say something like “ananı avradını?” Are Turkish swear words discriminatory in nature?

There are lots of swearing and slang in the novels of Marxist writers such as Yaşar Kemal and Kemal Tahir, who openly transmitted the language of the people in their novels. However, their critical outlook invites their readers to question the morality of the people by laying bare the discriminatory nature of this subaltern culture. To begin with, swearing is essentially a patriarchal field. A great majority of swearing derives from or includes the word “si*mek” (to f*ck). More importantly perhaps than this grammar of swearing, men in general disapprove the usage of swearing by women, claiming that “swearing does not suit women at all.” Moreover, there are a great number of discriminatory idioms, which include swearing, in Turkish against women, ethnic or religious minorities etc, such as “a*ı olanın dini olmaz” (if one has a pu**y, one has no religion), “Ermeni dölü” (Armenian semen). In one of my projects Ayrımcı Sözlük (Discriminatory Dictionary), I assemble and categorize the discriminative idioms and proverbs in Turkish to analyze the reproduction of sexism, racism, xenophobia etc. via daily language. I believe that these idioms and proverbs, which are inherited from our ancestors and constantly updated according to present circumstances, not only represent centuries-long social hysterias, prejudices, and obsessions, but also reproduce the domination of one gender, religion, sect, race, and class over the others. As the immense data of this project requires meticulous research to track the origins and evolution of each discriminatory idiom and proverb, this is still an ongoing study. I would also like to mention Hulki Aktunç’s invaluable Türkçenin Büyük Argo Sözlüğü (Great Slang Dictionary of Turkish) as an exceptional work in this pristine field.

When swearing in Turkish, wives and mothers play a role, for example: “ananı avradını” or “ananı al git.” However, the mother, as well as the wife, is usually very high esteemed in Turkish culture. How does this fit together? Almost as for women, there are many swear words using “Allah”: Why?

In Turkey, there are strict codes of swearing, which are learned by children almost spontaneously during their socialization. The first and the most important code is not to curse one’s wife or mother. However, the most common phrases of swearing, such as “oro*pu çocuğu” (son of a bi*ch) or “ananı, avradını si*eyim” (f*ck your mother and your wife), violate this prime code. Is this a kind of hypocrisy? On the one hand, these swearing phrases aim at provocating the targeted person by insulting his most sacred values. By violating this most fundamental code, one declares an all-out war on that person, burning the bridges of reconciliation. The same logic applies to swear words using “Allah.” In Turkey, people could commit a murder due to the usage of these phrases. On the other hand, there should certainly be a kind of hypocritical attitude behind the common usage of these terms. While most of the Turkish men consider these values as their “honor,” they could curse the mothers, wives, and Allahs of others without hesitation.

To read the full interview in German, which is published in WELT, click here. 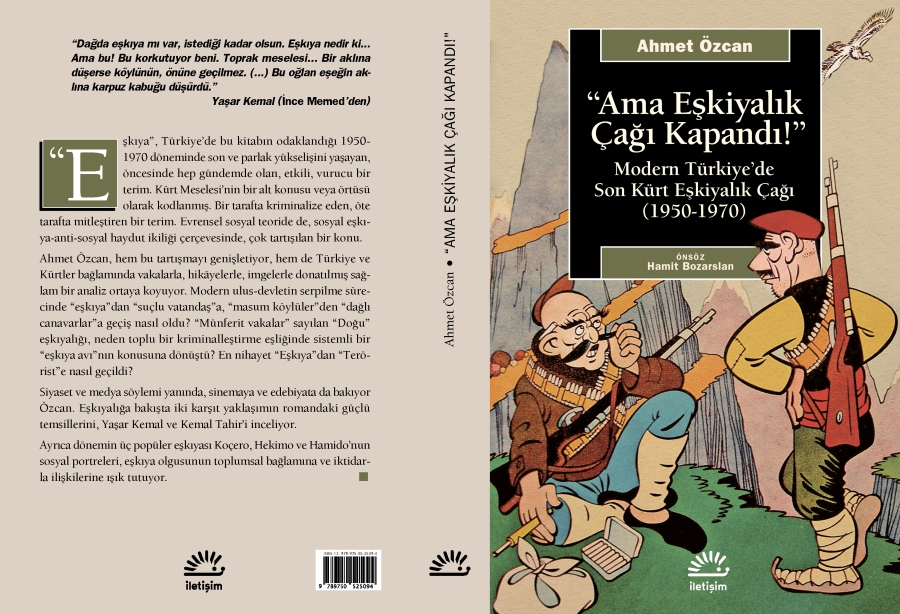 Edmund Burke, the French Revolution, and the Enlightenment 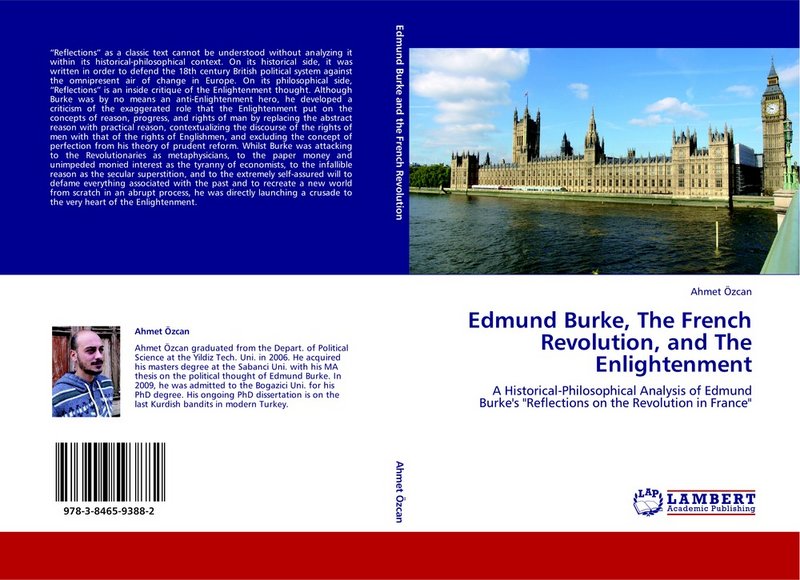 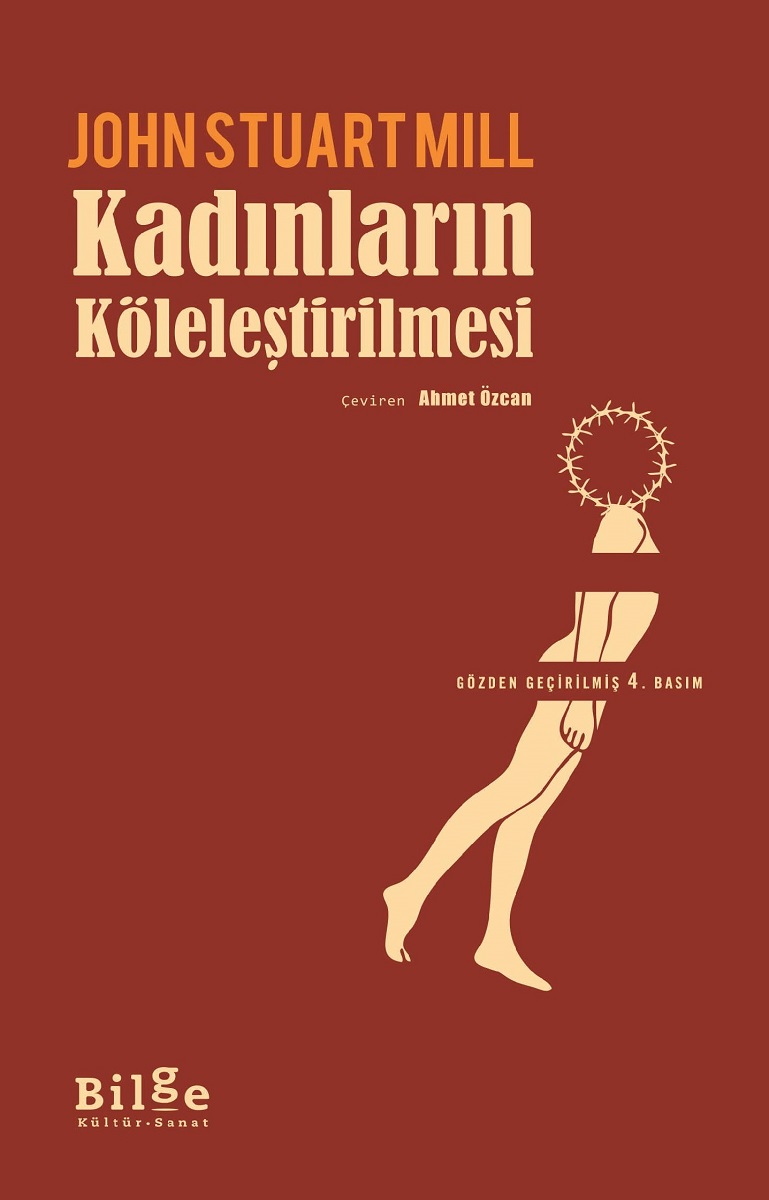